“A nudge, as we will use the term, is any aspect of the choice architecture that alters people’s behavior in a predictable way without forbidding any options or significantly changing their economic incentives. To count as a mere nudge, the intervention must be easy and cheap to avoid. Nudges are not mandates. Putting fruit at eye level counts as a nudge. Banning junk food does not.”

Our decisions depend on our system of thought. We have 2 systems of thought, one is instinctive, the automatic system, and the other is self-conscious, the reflective one. Nudge theory proposes to use the underlying subconscious processes influencing our decision making to “nudge” individuals in the direction that would be best for their well-being. 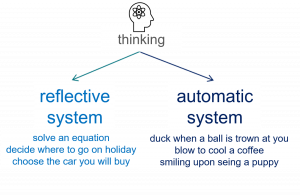 To Nudge: To send a message to our automatic system, to make our life easier, to help us to take the right decision for us or for the community.

Why should we need help to make good choices? There are, of course, areas where we are experts, trained and informed, but for others we cannot have an informed opinion.

Individuals tend to conform to the opinion of the group – even when the group is obviously wrong; this is the “compliance effect”.

There are 2 reasons for this:

Individuals tend to be lazy. If the default option is OK, they will take it, unless there is a real interest to take option B. They will make a passive choice instead of choosing actively another option.

This video explains in a short way how to induce people to make some choices without giving them any obligation, telling them what they have to do or frightening them.

These 2 pictures show you the difference between information and nudge. Both communication tools aim you to reuse towels

A towel hanging up means
“I will use it again”
A towel on the floor means
“Please exchange”.

Thank you for helping us
conserve our Earth resources!

Read About How Hotels Get You To Reuse Towels.

Look at these 2 videos, here are easy and cheap ways to spare food and to induce people to eat healthier.

If a local drink is available from a jar on the counter and soda cans are placed behind the counter and are available only on request, the relative soda consumption will decrease. This is what is called a nudge based on the default option.

“Schiphol Airport in Amsterdam. There the authorities have etched the image of a black housefly into each urinal. It seems that men usually do not pay much attention to where they aim, which can create a bit of a mess, but if they see a target, attention and therefore accuracy are much increased.” (Thaler and Sunstein, 2008) 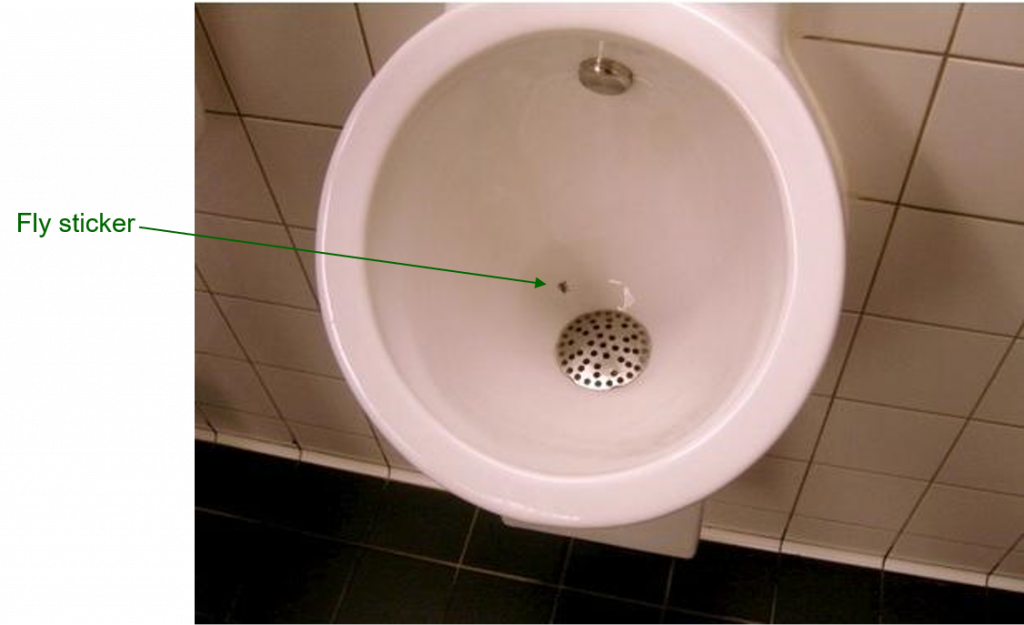 Another example of social conformation used as compliance effect: 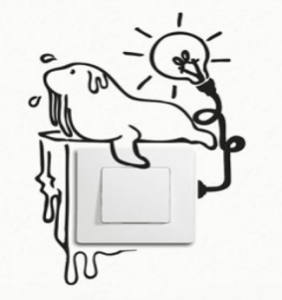 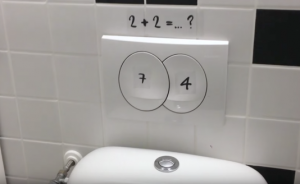 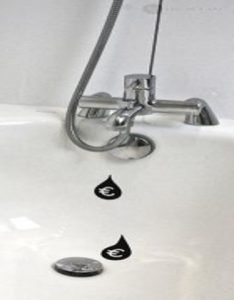 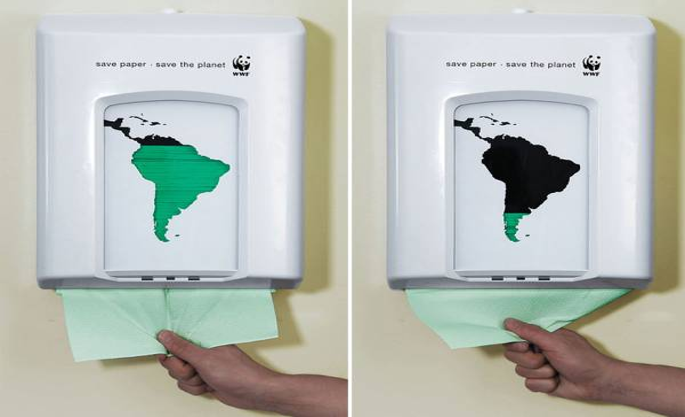 Look how to build a nudge and what is the customer response:

Example 6: Nudge to be fit!

This is not directly linked to environmental benefits, but it sounds pretty appealing to take the stairs, isn’t it? Hope it will give you ideas for other nudges! 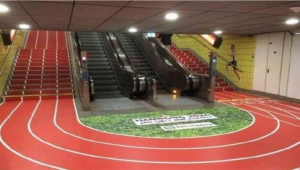 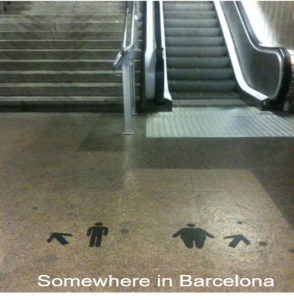 In 2016 was conducted a study on the impact on the guest experience of initiatives promoting water efficient behaviour in small/medium-sized enterprises (SMEs) offering tourism accommodation. Questionnaires were administered to potential guests to better understand their water use behaviour, explore how initiatives might impact their accommodation experience, and to assess guest reactions to social marketing messages. Here you can see the tested initiatives:

The messages used to test the initiatives:

Results also showed guests reported the highest positive impact on their experience from those initiatives SMEs stated were not viable due to financial and logistical limitations. Specifically, money-off vouchers and donations to charity were reported to have the greatest positive impact. However, two initiatives deemed more appropriate by participating SMEs (feedback cards and initial welcome introduction) represented more modestly acceptable opportunities for engaging the “overt users” at low cost to the business.

This website uses cookies to improve your experience while you navigate through the website. Out of these, the cookies that are categorized as necessary are stored on your browser as they are essential for the working of basic functionalities of the website. We also use third-party cookies that help us analyze and understand how you use this website. These cookies will be stored in your browser only with your consent. You also have the option to opt-out of these cookies. But opting out of some of these cookies may affect your browsing experience.
Necessary Always Enabled
Necessary cookies are absolutely essential for the website to function properly. These cookies ensure basic functionalities and security features of the website, anonymously.
Functional
Functional cookies help to perform certain functionalities like sharing the content of the website on social media platforms, collect feedbacks, and other third-party features.
Performance
Performance cookies are used to understand and analyze the key performance indexes of the website which helps in delivering a better user experience for the visitors.
Analytics
Analytical cookies are used to understand how visitors interact with the website. These cookies help provide information on metrics the number of visitors, bounce rate, traffic source, etc.
Advertisement
Advertisement cookies are used to provide visitors with relevant ads and marketing campaigns. These cookies track visitors across websites and collect information to provide customized ads.
Others
Other uncategorized cookies are those that are being analyzed and have not been classified into a category as yet.
SAVE & ACCEPT